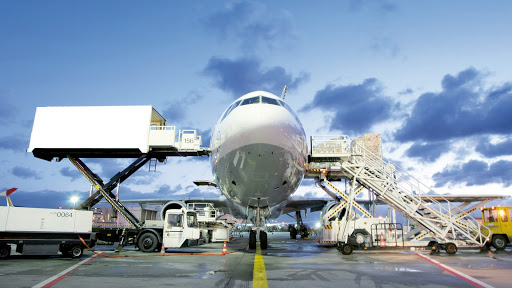 Export cargo at the Nigerian Aviation Handling Company (NAHCO) Plc has received a boost with about one million metric tonnes (MT) going overseas monthly from the Lagos terminal.

Speaking at the flag-off of the pap export recently, NAHCO Business Manager, Export, Segun Fagbemi, said the export of cargo at the ground handling company was between 400-500mt monthly for several years but had since increased to one million in recent times.
Fagbemi attributed this to the government’s policy, which he said encourages non-oil revenues and exportation.
He said the ground handling company was targeting the export of four million tonnes of cargo from its warehouse monthly, adding that the company has the capacity to accommodate such.
Chief Executive Officer (CEO), Bubex Foods, Ijeoma Ndukwe, said the company embarked on the export of Bubex pap to Europe and America due to the encouragement received from the government.
Ndukwe explained that the eight tonnes of Bubex pap being exported would further increase revenue generation for the country, adding that the company was targeting 20 per cent of the 35 million Nigerians in Europe.
She lauded the management of the Nigerian Export Promotion Council (NEPC), Free On Board (FOB) Global Logistics, and NAHCO for creating the avenue for the company to export the product to Europe.
She said apart from the United Kingdom, which the product was being exported, the company also planned to penetrate the American market, noting that with this, demand for foreign exchange would reduce.
She declared that the pap scaled the European and American integrity tests before being exported, and has raised confidence that the company could export at least 450 million tonnes of pap yearly.
Ndukwe noted that the company was established eight years ago, but went into the export of perishable goods about five years ago.
“This present product will be shipped to the United Kingdom today (Wednesday) and arrive the following day. This product has passed Europe and America integrity tests. It was shipped to NAHCO warehouse on October 1, 2020, which is about a week ago, but despite this, the taste remains the same. It shows you the amount of effort we put in place to come out with what we have today.
“We have been talking about the government creating an enabling environment for entrepreneurs. This, for me, is an enabling environment. We now have a system where goods including perishable cargo can be stored and get to their destinations quickly. This is faster and won’t have to wait for three months before it gets to the end-users. This will be in the United Kingdom by tomorrow,” Ndukwe said.
Executive Director, NEPC, Segun Awolowo, expressed delight at the success of the company to export the product.
Awolowo, who was represented by Samuel Oyiyipo, the Regional Coordinator, South West, NEPC, reiterated the stands of the commission to encourage exporters, adding that Nigeria was gradually diversifying its attention from oil revenue to non-oil revenues.
He described the exporting process as seamless, maintaining that the pap being exported met all the international standards.
Managing Director, FOB, Oluwajimi Adebakin, called on the Federal Government to re-establish a national carrier for the country.
Adebakin said the emergence of a national carrier would make the export of products easier and cheaper.
He lauded Ethiopian Airline Cargo for collaborating with the company to ensure the seamless export of the product and other goods. He informed that the company would before the end of October export an additional 100 tonnes of Nigerian produce to Europe.